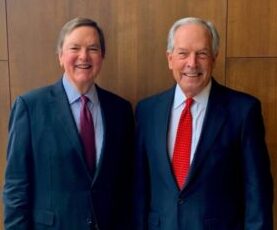 “Transportation infrastructure across the Permian is outdated. To sustain growth in the region, our roads need to be maintained and improved for safety. The unsettling truth is that close to half of all traffic-related deaths in Texas occur in energy-producing areas, including the Permian Basin,” said Chairman Evans. “We thank Governor Abbott, Chairman Bruce Bugg and his fellow Commissioners and staff, and our state and local officials for their commitment to saving lives on our roads and continued action to address this critical public safety need.”

Today’s adoption of the 2021 Unified Transportation Program and completion of the remainder of the 2020-2021 biennium “Permian Promise” commitment reflects more than two years of work by the PSP and its many partners to highlight the urgent need for improved roads in the Permian.

Recent TxDOT data shows that, while the Permian Basin is home to just seven percent of Texans, a staggering 13 percent of the state’s traffic fatalities in 2018 occurred in the region.

These strategic priority funds will be leveraged with local, federal, private and other TxDOT funding sources to improve safety, connectivity, and congestion relief, enabling the state to maintain its critical role as the largest supply of secure energy and the lowest cost producer in the free world.

Despite challenges the collapse in global demand due to COVID-19 has brought for Texas, its industry and its communities, the promise of the Permian Basin remains intact.

As many states and countries begin to reopen their economies, we are beginning to again see signs of increased activity in and around the region. More production will result in swifter economic recovery but also heavier industry traffic. Recognizing this challenge, the Permian Basin is committed to “Ending the Streak” and collaborating with TxDOT to implement proven safety strategies.

The TxDOT funds approved today will deliver long-term road safety solutions including wider roads and shoulders, new turn lanes and grade separations, all of which are proven tactics to save lives on our roads.

“Despite the current challenges we are facing as a region, state, and country, the PSP’s fundamental mission remains strong – to improve the lives of all of those who call the Permian Basin home. Enhancing road safety is a cornerstone of this mission, and an urgent need in our region. We applaud the Texas Transportation Commission for its recognition of this priority need and investment in advancing our economic and energy security,” said Tracee Bentley, president and CEO of the PSP.

The PSP and its member companies identified the need for road improvements as one of the most critical infrastructure challenges facing the region and made improving transportation one of its five key focus areas, which also include better schools, quality health care, affordable housing and improved workforce development.

The PSP is proud to partner and actively work together with a wide range of regional organizations, elected officials and community leaders on this team effort to advance initiatives across its five focus areas and to clearly explain the critical need for road improvements in the Permian. Allocating funds to Permian Basin road projects will support and sustain economic recovery, growth, and opportunity for decades to come.